Implementing OneDrive On A Per User Basis (Not Computer Basis)

This should provide you with a way to control the switch from Network Folder Redirection to OneDrive KFM backup/sync that is targeted on per user basis rather than OneDrive KFM being attempted for any user logging onto that device subsequently.
When it comes to Intune Configuration Profiles or Group Policies, they typical split into user policies (HKCU registry branch) and computer policies (HKLM registry branch).
For implementing policies relating to OneDrive, the settings which relate to the automated set-up of OneDrive login and Known Folder Move are held under computer policies. Those are chiefly:
Because those settings are set on a computer basis, once those settings are configured on a workstation it will result in OneDrive attempting seamless-sign-on and configuring KFM for any other logins to that device (subject to the accounts being licenced in M365).
So I hear you ask, 'what's the problem, surely backing up the Desktop, Documents and Pictures folders to OneDrive by default is a good thing?!' Well, I agree, but in certain cases you may not want invoke that on every user logon to the device.

This scenario required control on who was in scope of implementing KFM. The setup summary was as follows:
Now with network folder redirection in place, implementing KFM is not supported. It will work in this scenario but can result in undesired consequences.
For example, OneDrive will attempt to move (not copy) the files from the network location to the OneDrive KFM location e.g. C:\Users\John.Smith\OneDrive - Organisation Name\Documents\. This could result in a couple of different outcomes, depending on the user configuration during the time of login and subsequently the time which OneDrive will attempt to implement KFM:

The requirement and plan was to use third party tool for migrating the data from the users network drive to users OneDrive, meaning there was no need to move the files using the built-in OneDrive KFM functionality. 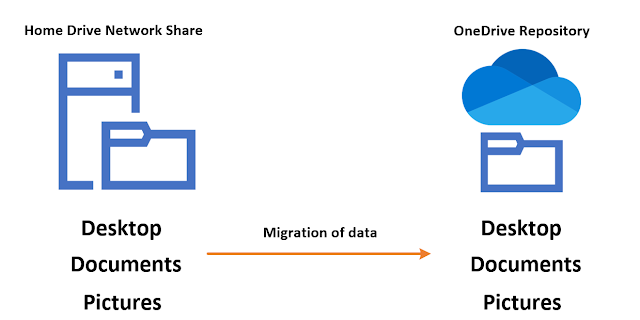 The following pieces were needed for the client side set-up as part of migrating the users files in the background: 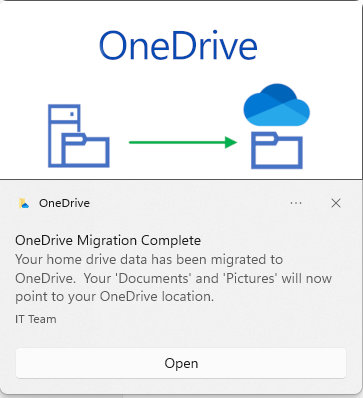 I created a PowerShell script to achieve the requirements above. As the devices are managed in Intune, I packaged the PowerShell script as a Win32 app and deployed under the context of the users.
You can download the files from here – https://github.com/benjaminjamesowens/OneDriveKFMPerUser
The script will carry out the following:
The script also includes a function to move the files from the previous source to the target, however I have commented out those sections, as I used a third party tool to migrate the data in the background.

Prep and Packaging in Intune

To create the package for Intune, you will need to carry out a few tasks in the script:

This should provide you with a way to control the switch from Network Folder Redirection to OneDrive KFM backup/sync that is targeted on per user basis rather than OneDrive KFM being attempted for any user logging onto that device subsequently. Please let me know if you have any comments or questions.
Email Post
Labels: KFM Known Folder Move Network Folder Redirection OneDrive Registry Shell32