There has been a lot in the news recently about the new taxi offering in London called Uber.  The concept is that Uber have a community of vetted drivers who are hailed using a smartphone app.  The app is used as a meter to calculate the charge of the journey. 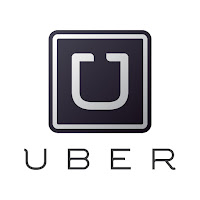 Personally I loved the sound of the idea and was keen to try it out.

So how did it go?

I was in Shoreditch on Saturday night and instead of struggling for the last train back we decided to use Uber for the 9 mile journey.

The Good
Booking was extremely simple!  Click and done.  The driver arrived in about 3 minutes.  His car was immaculate and very comfortable.  The journey was super smooth and not having to have money on my person was much better than having the struggle under the interior car light looking for those pound coins buried in your pockets.

The Bad
Surge Pricing.  Uber has a concept where costs go up where demand is increased.  It makes sense, but it isn't clear until you try to book a taxi.  This meant the journey was 1.75x as expensive.  There are two options here

1.  Go to a less congested area
2.  Travel at a different time

For the most clear information about Surge Pricing, check out this blog post on the Uber website.

I would definitely ride with Uber again.  It was simple and now knowing that Surge Pricing is a "thing" I would work around it by leaving earlier or later.

If you want £10 free credit to test Uber, use the promotional code below when you sign up!!