There has been talk of Samsung working on an Android build of Jelly Bean for the Samsung Galaxy Ace 2 (I8160) for quite some time.

A couple of leaked versions of the build have been available since the end of February and during March, but these contained various bugs as you might expect.

On April 2nd, an official release was available on www.sammobile.com and available for install using KIES or OTA, but only for Portuguese customers on the TMN network.  This was curious as this network didn't actually sell the phone.  It could be a way of getting the early adopters to test this version before the big operators like Telefonica and Vodafone build and release a version themselves.

There are many online guides on how to manually download the firmware and apply it to your device, but if you make the direct jump from Gingerbread (2.3) to Jelly Bean (4.1.2) you will likely have RAM issues.

The gingerbread versions only allocated around 500MB for RAM whereas Jelly Bean needs more than this.

The fix for this is the install one of the leaked versions first which include a PIT file.  This will effectively repartition the RAM allocation and provide the Jelly Bean OS with 624MB.  This amount of RAM is sufficient for Jelly Bean to run comfortably.

I will not bother reinventing the wheel, so to upgrade to Jelly Bean you will complete the following guides in order (I will take NO responsibility for any bricked phones etc.  If you are unfamiliar with this process read forum sites like XDA-Developers before going ahead with this procedure.)

Once this has complete, follow this guide to install the official version of Jelly Bean 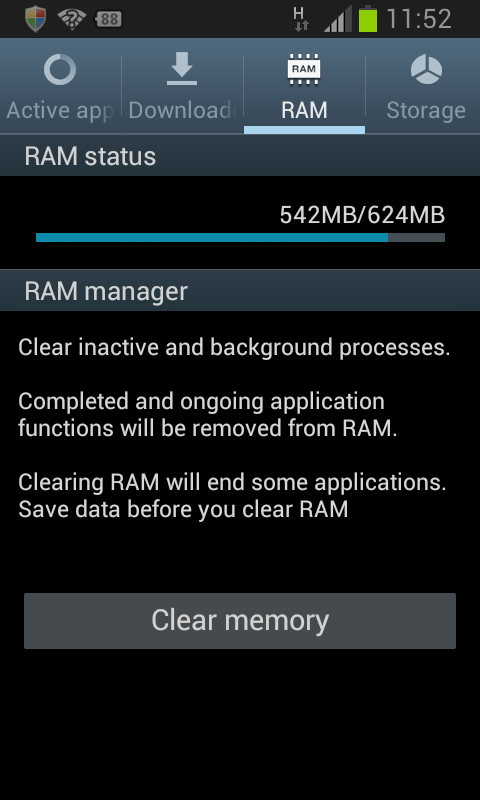 You will notice the many applications which are not required and TMN branding.  Most of these are easy to remove with the exception of the boot screen animation which is a little more tricky but not impossible to remove.

I originally forgot to mention getting Root access after applying this firmware.  There are a number of method of doings this, but I followed guide below which seemed to be the simplest method and didn't require CWM.