Recently we upgraded Citrix User Profile Manager on our XenApp server from 3.2 to 4.1.2.  After a reboot nobody could login correctly.

I ran QFARM /LOAD and saw that the load was 10000.  Clearly this means the server is fully utilised.  The load evaluator in use reports full at either Memory 90%, CPU 90% or user load of 30.  None of these thresholds were being breached. 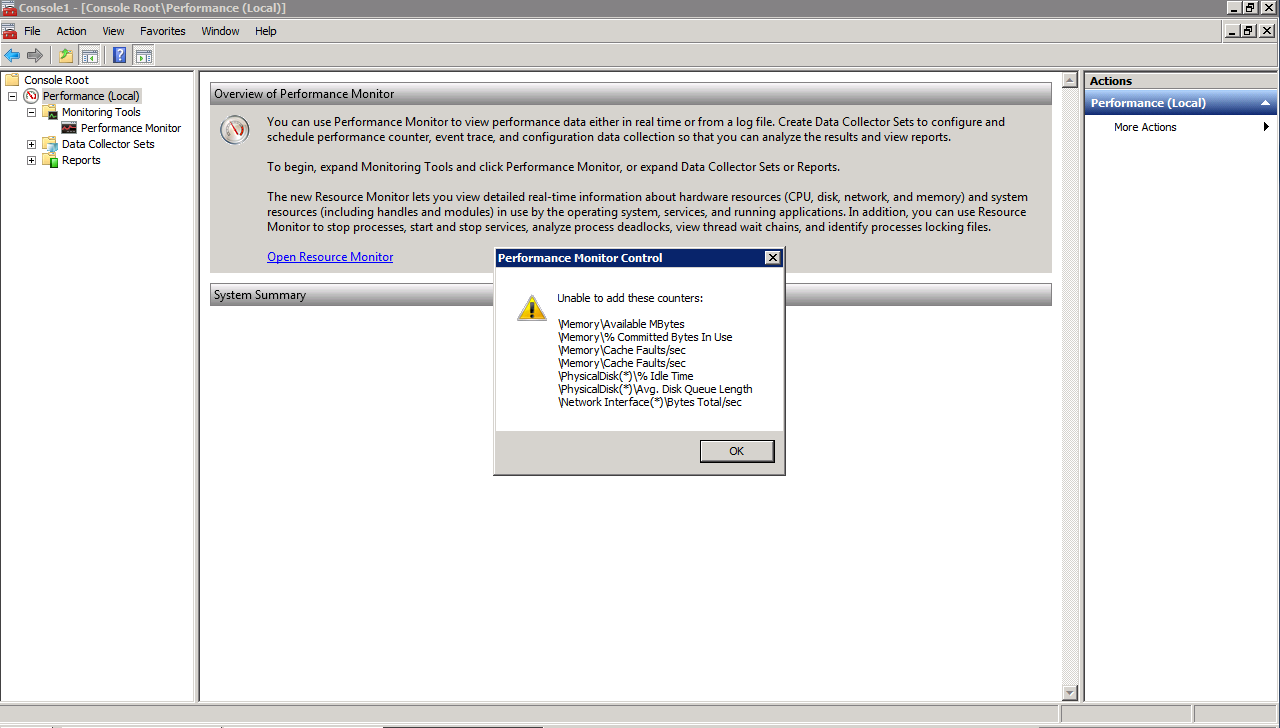 This proves that the Data Collector was unable to check the memory usage on the server and therefore set the load at the maximum of 10000.

This rebuilt the counters.  Opening performance monitor would no longer show the error.  After a reboot the value for QFARM /LOAD was normal again.

It is a bit of an odd one, but useful to note!